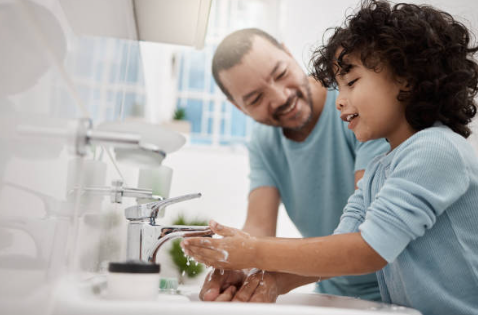 You’ll be guilty of disorderly conduct when you go into the wrong bathroom, whether intentionally or unintentionally. Such an act may create a dangerous or physically offensive situation in the bathroom. But is it illegal to go into the wrong bathroom? Having a woman using a man’s restroom and vice versa may be considered “physically offensive” to some people. However, the judge might rule it out differently because, in some cases, the law justifies unintentional actions. For instance, if your gender’s restroom was inoperative at the moment or there was a long waiting line, your claim would be more persuasive because you could say that you had a legitimate reason to do so.

The Legal Consequences of Going into the Wrong Bathroom

If there are no laws criminalizing entry into a wrong bathroom, then there will be no legal consequences for such an act. However, the situation may vary in different counties. Some countries have laws that may rule such a scenario as a civil infraction or a criminal offense. If someone enters a bathroom that is not designated for a particular gender, they could be arrested (based on the specific state statutes).

Such restroom laws specifically define a group of people allowed to use certain bathrooms. Your actions may be considered illegal if your appearance is that of a man and you still go to the female’s bathroom or vice versa. It shows you’ve got bad conduct.

These laws are usually:

The Idea Of Constructing Unisex Bathrooms

Unisex bathrooms could be helpful for transgender people. It is because transgender people no longer need to say why they want to use their gender identity bathroom. We do not believe that anyone should get singled out for doing something so trivial and insignificant as using the bathroom.

We think that there should be more bathrooms that are unisex. However, some people think that unisex bathrooms may be dangerous for females because they are more vulnerable to getting violated by men. But there is no evidence that this claim is true. If that happened, there are laws protecting people from criminal activity in bathrooms. And anyone who dared violate them could face the law.

Unisex bathrooms are safer for transgender persons who have not recognized themselves. For instance, using the women’s restroom may help you rediscover yourself before informing other family members. Additionally, unisex bathrooms protect you from having to inform people about your gender identity before you’re ready to share about your case.

Reasons Why Restroom Access Is a Critical Health Issue

Here are two reasons why east bathroom access is critical to your health:

Delaying to release yourself when necessary is unhealthy, and the workplace does not encourage people to do that. Some people attempt to avoid going to the bathroom by limiting their intake of liquids. This is a common strategy that transgender nonconformity people use to examine uncomfortable situations in the workplace and other public places.

2. Using Appropriate Restrooms Is an Essential Aspect of Transitioning.

An essential aspect of gender transition as per internationally-recognized medical protocol is to make sure that transgender people are treated by other folks in a way that is consistent with their gender identity. Adapting to using the proper restroom in a transitional state is very important. Transgender persons must take this step before they undergo any medical intervention involving surgery or hormonal changes.

Is going to the restroom a human right?

Is it a good idea for employees to propose the construction of more transgender-friendly bathrooms?

Yeah! Advocacy is essential in the fight for transgender people to have their rights protected. And if employers proactively adopt policies instead of waiting for someone else to get things done, problems will be much less likely.

There are no laws governing how men or women can use the bathroom. It is free for everyone to use the restroom that they are most comfortable using, whether female or male. However, those who have an issue with this are much more likely to break the law because of having to involve themselves in discriminative activity.

Unisex restrooms could significantly assist in eliminating the issues concerning gender-segregated restrooms. Anyone may use them freely and conveniently. But most importantly, you shouldn’t be worried about others using the bathroom.