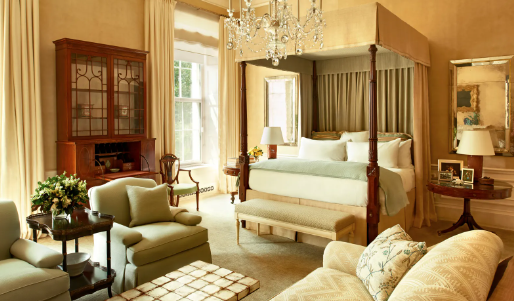 Presidents have different types of bedrooms to ensure they sleep soundly. If there ever were a job that might cause someone to be extremely tired, being the president of the United States would surely be it. If you love flipping through celebrity magazines to see how presidents sleep, you probably are curious about how the most powerful person in the world sleeps. But do presidents sleep in the same bed? Before we delve into the details, it’s important first to know the sleeping places of the US president and what they do when they sleep.

Presidents’ bedrooms have changed a lot over the years, depending on the tastes of the presidents and the people in charge. For example, President Lincoln’s Bed made history with its ornate headboard. It’s unlikely that President Lincoln ever slept in this bed, but his wife was pleased to sleep in it. Some former presidents have slept in the same room, including Woodrow Wilson, Theodore Roosevelt, and Calvin Coolidge.

Probably they were hoping that some great men’s wisdom would pass through the thick layers of horsehair placed on their beds. Some people believe that the bedrooms of celebrities are haunted. Because there’s so much history in what happens in a president’s bedroom, it’s easy to believe it’s haunted. First Lady Michelle Obama heard strange noises in the hallway one night when she was moving into the White House – but neither she nor the president could find any explanation for the noises.

There may be more than one bedroom for presidents. The first family gets a budget to remodel their bedrooms when they move into the White House – and they can do almost anything they want. Over the years, many rooms in the West Wing have served many different purposes. Some presidents slept in rooms that were previously their offices and living rooms. So, very few bedrooms have ever held every presidential pillow.

Here are some recorded sleeping habits of various US presidents:

President Kennedy had two beds pushed together in order to sleep more comfortably in the White House. He was always trying to keep his sleep as comfortable as possible. He preferred sleeping on a hard mattress that would force him to sleep on his back, but his wife wanted something softer. On the other hand, Jacqueline deemed it better to sleep with her spouse at night so that everyone could sleep peacefully.

President William Howard Taft, the 27th president of the United States, was a famously overweight man suffering from sleep apnea, a fairly common side effect of being overweight. Taft ultimately died from sleep apnea. Some people believe that the ailing president must have been sleeping soundly on his desk because he could not breathe properly.

President Clinton was an early riser, and many early risers sleep like owls. Bill Clinton, the 42nd president of the United States, slept only five to six hours each night – a habit he acquired while studying to become a lawyer. His habit was something that he maintained throughout his presidency. There’s a lot that a president must do – some people think that he is just lazy – but there is evidence that his behavior affected his ability to continue to serve people well. He required heart surgery in his 50s, which slowed down a bit in his presidency.

President George W. Bush, the 43rd president of the United States, preferred to sleep in his office than many other politicians in the United States. Bush reported that he went back to the White House occasionally to take a nap. His wife, Laura Bush, even commented on this. When it comes to sleeping habits, most sleep experts agree with the president. Catch up on your sleep when you can to get the most out of your time.

Donald Trump got 4 to 5 hours of sleep per night on average when he was president. Trump had a difficult job; managing a powerful country takes a lot of time. Donald Trump once said on his Twitter account that to accomplish his job, he needed to work until about midnight or one o’clock in the morning to achieve all that he needed to do.

When things got really busy, those four or five hours became less than three. He’d been doing this routine for years, not just as a president but as a successful businessman. Because he stays up for as long as he can, he could accomplish more than those who slept twice or even triple the time he did.

President Barack Obama once said he stayed up until 2 o’clock in the night to read his daily briefings and do some work. President Obama often spent all that time late at night, taking late-night calls with his staff and finishing paperwork that needed to be finished before dawn. According to Politico, White House staffers and speech writers became used to catching up at 11 p.m.

Doctors suggest that adults should get seven to eight hours of sleep each night. But even President Trump couldn’t get enough sleep. Trump said he slept only half the time but believed it was reasonable. Clinton slept at least six hours a night and was an independent sleeper. He reportedly told his advisors that sleep was overrated. One president who often wanted people to believe him was Calvin Coolidge, who would happily sleep for as long as 11 hours a night. What presidents have done over the years shows that there really is nothing like a good night’s sleep! Trump once said that he believes if you like to nap or sleep on a comfortable mattress, it’s important to relax and feel relaxed before you go to bed.