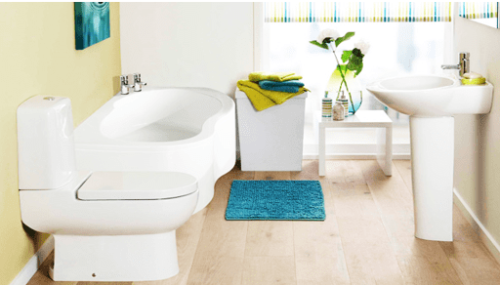 Are you having visitors at your home and wonder how you’ll get the weed smell out of the bathroom? If you’re reading this, you already know that a bathroom can become a really exciting place to burn down a blunt, whether to hide from the gang or simply to have a nice quiet place to do your thing. The bathroom is like a classic high school hideaway for the veil crew. Not only for smoking but also hiding stuff and other smelly things.

Contents hide
1 How To Get Weed Smell Out of Bathroom
2 1. Open Your Shower and Leave It for Some Time
3 FAQs
4 Wrapping Up

How To Get Weed Smell Out of Bathroom

Here are some 5 tips that we found helpful in eliminating the weed smell from the bathroom.

1. Open Your Shower and Leave It for Some Time

Steam is your number one friend if you want to get rid of weed smell from your bathroom. Running a hot, steamy shower for the full duration of your burning session will eliminate any lingering odors. Just place a big towel by the door and *bang* yourself in! Enjoy the steamy experience. You can also enjoy a steamy shower by spending 30 minutes relaxing in the bathroom and taking a long, lush shower. How about the red eyes? That must be all that steam.

Getting a weed smell out of your bathroom with a steamy shower is like having a handy-dandy small product called Veil. It removes the weed smell by dissolving smoke molecules. Evaporating water from your bath will bond with smoke molecules and disperse them, removing the smoke from the air. If you want to make sure that you have an odor-free bathroom, put a few soaps or shampoo in the shower. That’s just a simple life hack for replacing bad smells with good smells.

2. Switch on Your Bathroom Fan

Just leave the bathroom fan on for a few minutes. Bathroom fans aren’t always as efficient as you think, especially for people residing in New York Town apartments. But, at least there is air circulation. And, that’s something.

Moreover, if weed smoke is blown directly into the bathroom fan, it’s pretty much guaranteed to reduce or completely eliminate the odor of smoke. The paltrier smoke that will be retained within your bathroom, the more you’ll win.

Use anything that masks or absorbs the smell of weed. It’s perceptive and somewhat obvious, but it works flawlessly. Even just putting one of these things running in your bathroom can have an enormous effect as the smell of a bathroom is very limited. Having a very limited room in the bathroom will trap any smell, bad or good.

You’ll earn bonus points if you keep the air circulating by keeping your fan on. It will eliminate all odors, good ones and bad ones. But the oil diffuser or candle will likely be the new smell–– it will eventually replace the weed smoke odor from your bathroom. And it will happen in fairly short order.

4. Take Out All Fabrics from Your Bathroom

Some of the items in the bathroom are made of materials that bounce back or scatter odors. Some bathroom fixtures will retain or absorb the weed smell. These fabrics include bath mats, washcloths, towels, etc. Some people think soft, comfortable bath items like bath towels and washcloths will absorb odors because they are assembled with soft and flexible materials. So get rid of that.

Although its best to smoke naked, this is not always safe (say, before the Thanksgiving feast in the family cloakroom). It’s a good idea when you’re at an aparthotel looking to replace a smoking device or if you’re smoking in a relatively casual place at home (such as your bathroom). It’s a technique you can use in conjunction with any other tip in this article. You always benefit from not having clothes around you while you smoke.

As already mentioned, a veil does its job well, indeed. The Veil is environmentally friendly, and it does not contain any toxic ingredients. It smells great and has been proven to stop smoke odor in any place.

How long does restroom air take to get circulated out?

You should make sure the bathroom fan you have cools the house bath and exhausts any stale air outside. Be sure you let it run long enough to ensure that it provides enough air to completely dry out the bathroom, which may take between 20 to 30 minutes.

Can bleach remove the weed smell?

Bleach works great for killing bad smells, but it also produces a strong odor. If you don’t like the scent of bleach, try using baking soda instead. Sprinkle a thin coating of baking soda in your bathroom. Wet the area with a mixture of vinegar and water, and wipe until all the baking soda is gone.

Smoking in cold air outside or in a place that’s well ventilated will help disperse the smoke so that odor-causing compounds don’t stay around. But if you’re lazy or it is too cold outside, even opening a window after you smoke a cigarette can help, too – particularly if it’s been humid and hot inside the building.